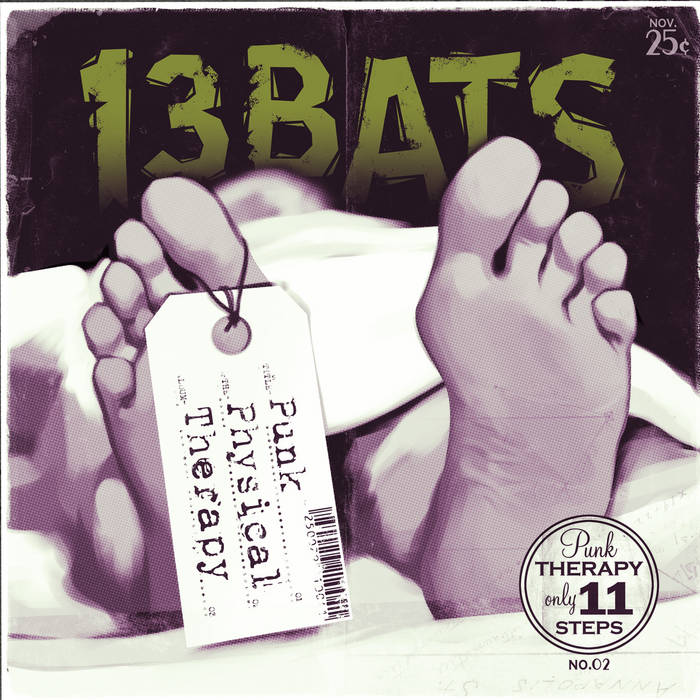 Formed in 2007 with a heavy warm influence of punk rockabilly and soul, The Dead Kennedys - The Clash - Dyke - The Blazers, are just a few of their faves.
"DANI - Vocals/Double Bass" + "ALBERT B - Guitar" + "CARTER - Drums".
Having recorded an intrinsically powerful rockabilly, blues, melodic punk psycho album in 2009 titled, 13 BATS, this debut album has come hand in hand with the label "POTENCIAL HARDCORE" and has already been re-issued 3 times. For this album, an extraordinarily budgeted clip was made within the walls of the now "old, legendary, derelict jail of CARABANCHEL, Madrid".
The continuous touring with great public rapport and success right across all of Spain, has put them in the spotlight with offers coming from diverse European nations.
Europe is next, and the train isn't going to stop.
Their exciting brand of live shows makes for an easy target for other European nations wanting them to tour. Scotland, England, France & Germany.

Spanish media, (Radio and TV), have expressed their feelings as being one of the 'MOST' exciting live bands of the country. There's no surprise as to having been invited on "RADIO 3" - 'Television Espanola TVE2'. A prestigious 'Rock Music' production by TVE2 Spanish Television, for prestigious live offerings of local Spanish talent making waves on the Peninsular of Iberia. As we speak, their 2nd album is being released and contracts and agreements have been made to tour Germany + Great Britain + Scotland in January, February, March, April, May 2011. The list will go on.

After the grand acceptance and public rapport of their first album and well over 50 concerts to promote and present '13 BATS' (debut album) in Spain (Europe in general) whilst receiving critical acclaim, they return with their much awaited 2nd album (edited by Potencial Hardcore). This time the expansion of distribution will be taken care by 'SUBTERFUGE'.
"Punk Physical Therapy" is the title of which will undoubtedly be one of the great successes of Spain's 'healthy' Rock n roll culture in 2011.
Eleven of the tunes are sung in English and two in Spanish.
Noticeably, there is a distinct evolution in their form of playing in this 2nd offering, ranging from 'Rockabilly - Punk - Swing - Ska - and in general 'Highly fueled rock n roll'. Introducing 'Brass Instruments' to one of their tunes (Lavipies). This 2nd offering (Punk Physical Therapy) was recorded at "UNIVERSAL RAT STUDIOS" Madrid, during the months of May & August 2010.

The "THERAPY TOUR" is under way as we speak of which will take the band to French, Scottish, British and Germanic territories.

Work is under way to get 13 Bats in Australia to finish off their 2011 "THERAPY TOUR".


Formed in late 2006 in the basement of Vallekas Tattoo.

Bandcamp Daily  your guide to the world of Bandcamp